Ethan Snow is the guitarist and main song composer for the hard rock band Danger Angel .

As a founding member of the band he has released two albums, the self-titled Danger Angelin 2010 and a second, titled Revolutia in 2013. Both albums saw worldwide release and distribution via US based Perris Records and both received wide critical acclaim. The new Revolutia album, released early 2013, has received raving reviews from media all around the world and is being air-played by radio stations from Brazil to Japan. The album was recorded through 2012 and was produced by legendary vocalist Jeff Scott Soto while it was mixed and mastered by John Ellis in Boston, MA. When Im Gone (featuring JSS on vocals) was also released as a video single. Prior to Danger Angel, Ethan Snow was a member of several local bands and has been active in the Greek rock scene, non-stop, for the past 20 years. Either in a band or as a session musician, Ethan Snow is one of the most prominent guitarists in Greece.
In April, 2013, Ethan Snow, along with Danger Angel embarked on a full European Tour in support of their new album, covering the most part of Continental Europe, from the UK to Greece. Their shows were highly praised by fans and press alike, while they presented their music to a broad audience.

“All the Kings Horses” was released worldwide on September 30th in standard CD, Limited Edition CD/DVD and in digital form . 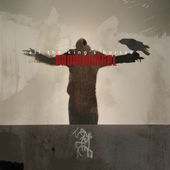 DangerAngel is a Hard/Heavy rock band coming from Athens, Greece.

Formed in 2006, they have released two albums titled “Danger Angel” (2010) and “Revolutia” (2013) and have recently released their third release “All The King’s Horses”  on September 30th via Melodic Rock Records. They are one of the most prominent bands in Greece and they maintain a healthy following around the world, after their two albums have been released worldwide to wide acclaim by fans and critics alike..Members come from different backgrounds, Ethan Snow (guitars) and Rudy Rallis (bass) being former members of local rock, hard rock and heavy metal bands (Rudy is also a member of the female-fronted heavy metal band Fallen Arise) while AHAS (keyboards) comes from a funk-RnB background, also being a founding member of the Christian Rock band “the Floks”, with whom he released two albums in 2003 and 2009 and toured the US. He was also played the keys for the Greek pop-rock band Nekyia (Warner Music)  with whom he released one album in 2010. He is a certified keyboards, piano and jazz theory professor and also plays the trumpet. He is also responsible for the Administration department of the “Anagennisi” (tr. Renaissance) Conservatory in Athens, Greece.  Tony V. (drums) was a former member of Silver R.I.S.C. in the early nineties, with whom he released an album in 1992, titled “Anything She Does”. Tony has been a sought after session drummer ever since. Vocalist B.J. started his career at 17, being a member of Brazilian local bands while he recorded his first album at 18 with The Pills, making his debut appearance in the Brazilian MTV. Also member of the Brazilian hard rock band Tempestt, he released an album titled “Bring ’em On” in 2008 followed by a world tour. He released his first solo album in 2013, titled “Acoustic Heroes” as a tribute to his influences. Since 2009 he is a steady member of the Jeff Scott Soto band and since 2014 he is a member of the new Jeff Scott Soto project SOTO. In 2014, he performed with Talisman as a keyboard player and back vocalist for their much anticipated reunion performance at the Sweden Rock Festival. Apart from his amazing vocal talent, BJ expertly plays guitar and keyboards.

“All the Kings Horses” was released worldwide on September 30th in standard CD, Limited Edition CD/DVD and in digital form .