Soundtruck are a southern hard rock band from Athens Greece. Ever since they formed in 2008, they have been playing in various small clubs and stadiums in their home-town and other cities in Greece and abroad. Soundtruck are one of the most well-known southern rock bands in Greece at the moment. The band quickly became well known because of the sound and the energy coming out on the stage. Highlights of the band are the opening of Lynyrd Skynyrd concert in Athens in 2012 at the baseball field at Hellinikon, participation in the Czech Republic’s Krenovske Bigbit Festival in the summer of 2015 and the support act in Blues Pills in Athens in 2015.Soundtruck have released 1 album and 3 songs.


Dimitris Likakis is the bass player and a co-founder of SoundtrucK with guitarist Billy Panagopoulos and he has been playing with them since 2008. An AC/DC fan, Dimitris is more than a groovy bass player. With influences from country music and rock n͛ roll, hard rock and blues, he is -along with drummer George Kalaitzoglou- the rhythm section of SoundtrucK. A great composer and with a very good sense of production, Dimitris always maintained an incredibly low profile for the most part. Dimitris Wolfman Lykakis supports bulk strings.

After 7 long, creative and “magical” years, Soundtruck is back with their second album “VOODOO” !! The album follows the band’s southern rock style and contains 9 songs that define the band’s identity. With its hard rock sound and loud riffs, “VOODOO” will immediately lure you down its mystical paths. An exciting and diverse journey that will expose you to Soundtruck’s new line-up, and their experimentation on new sounds and compositions. The truck is revving its engine, and it’s not turning off anytime soon! 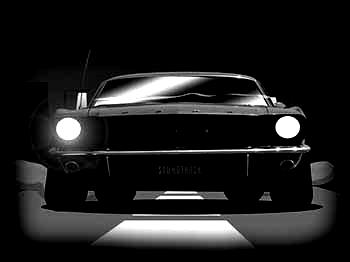 SoundtrucK are a dynamic band with a bold sound and even bolder performance on stage.!!