My name is Stefanos Zafeiropoulos and I was born on August the 17th 1981, in Athens, Greece.
My musical history goes way back to the eighties, when I was only 6 years old and started playing classical guitar. Ever since then, I’ve always had a guitar in my hands. I studied classical guitar at a music school in Marousi but had to leave my guitar studies in order to enter University where I studied Greek literature and philosophy. However the electric guitar is my true love. It was around my twenties that I took an interest in singing. Being a member of numerous bands (e.g. Tears, Conspiranoia and several personal projects) I am now the lead singer and rhythm guitarist of False Coda, the progressive
Metal band from the island of Salamina in Attica, Athens.

False Coda were formed back in 2009 by brothers Andreas milios (Drums) and Vasilis Milios (Guitar). The musical style of the band can be described as progressive metal with influences from many different genres such as progressive rock, heavy metal, fusion, classical music and more. After several lineup changes, Nick Pogas (ex-Shiverspine) became the band's bass player in 2011 and Lefteris Kapetanios took on the keyboards the same year. A few months later the line up was completed with the addition of Manos Xanthakis (ex-Agnosia, ex-Celestial Ode) behind the mic and it is with this formation that they recorded their first album entitled ''Closer to the Edge '' with Jens Bogren (Opeth, Symphony X, James LaBrie ...), taking over the duties of mastering. In early 2014 the band signed with ''Steel Gallery Records '' while on April the 25th of the same year, this legendary Greek record company released False Coda 's debut, receiving very positive reviews from magazines and webzines worldwide.The promotion of the CD included several concerts in Greece, and it culminated in the appearance in Kytaro - Athens, on November the 29th, where they got the opening act slot, for the Swedish prog /power metal heroes ''Evergrey'' in a show in front of 800 people, receiving great feedback. This was the band's first appearance with Stefanos Zafeiropoulos (ex- Conspiranoia) as the new singer. In 2015 the band finished writing music for their second album which was released in the late 2016, getting some seriously good reviews from all over the world. In early 2017 Dimitris Milias joined the band as the new keyboardist


Bulk strings are made with the best materials available. The core is in pure  steel, roundwounding is made with top nickel . Cleartone and lifetime are guaranteed.  We always work with the best A brands, so that you can build on a reliable and top quality system for years. For more information take up contact with our team. 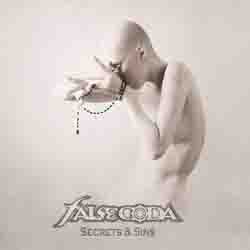